Picture it. A secret government lab engineers a virus meant as a bio weapon against terrorists—and then, something goes horribly wrong.

Test rats should have simply degenerated from the inside out and died. And they did, at first. But then, they revive with a supernatural vigor, and begin to attack healthy cage-mates. Scientists thought their concocted virus was limited to the rodent species. This, however, is only one in a long line of mistakes. Twelve hours after a shy, spiky-haired tech gets bitten by a rat, identical symptoms develop—rapid deterioration of the skin, death, and then, an insurgence of vitality.

“Why have the nimble, deep-breathing yogis survived? What makes them so indestructible—so unlike the rest of the population?”

The young tech leaps from a metal slab and lunges for the neck of his lady boss. He does this not because she’s cute, but because his brain has been rewired with a lust for oxygen-rich, nutrient-filled flesh.

Horror envelops remaining members of the government team. It’s like a suffocating dust storm that has them blinded and locked in place. They never warn the public, and the sickly tech escapes. Free to infect the public, the virus spreads. Military forces quickly find a way to stop the not so dearly departed—impairment of the brain through any means necessary. In ten days, large portions of the city and surrounding towns are nearly wiped out. Strangely, the yogis remain. Many even lead the charge to protect the innocent.

Why have the nimble, deep-breathing yogis survived? What makes them so indestructible—so unlike the rest of the population? Here are some of the characteristic that may help yogis distinguish themselves from zombie-food.

1. Flexibility
It has been estimated that 41% of mobility comes from muscles, while 47% can be drawn from joints and connective tissue. Various poses, or asanas, are designed to stretch muscles and add fluidity back into the joints. Imagine you’re enjoying a cup of joe at an outdoor café when a decomposing construction worker with gnashing teeth staggers into view. Increased agility means yogi practitioners have an early lead when maneuvering around the rabid jaws of zombie attackers.

2. Stamina
Holding different asanas for long periods of time improves overall body strength, which will, in turn, encourage endurance. Deep breathing also expands lung capacity. Experienced yogis know that when the body is stressed, added oxygen is needed—not only to calm the nervous system, but to infuse energy into cells. After the initial duck and weave from surprise assaults, yogis will easily flee the scene. Long distance-runners and other athletes can certainly pass them by, but that’s okay—yogis will hold their own. We are taught from the beginning of our yoga journey that it’s not important what others can do on their mat, but how we progress (or keep our own butts safe from virus-infested chompers, as the case may be).

3. Body composition
Yoga tones skin and strengthens our bodies. Because stretching is incorporated into every practice, many yogis find muscles become elongated rather than bulky. Over time, legs, arms, and abs may be leaner, and glutes tend to lift. A leaner physique will make it easier to slide between buildings or under fences to escape the ever-increasing zombie hordes.

4. Better balance than the average bear
Figure-four pose, tree pose, and warrior three pose are just a few asanas that require balancing on one leg for an extended period. Developing internal equilibrium along with an awareness of tiny muscle groups is essential. You never know when you’ll need to scale a roof peak, or skip along boulder tops in ponds overflowing with drowning zombies.

5. Not only core, but overall, strength
Many yoga asanas involve the activation of core muscles. Strong abs and lower back mean our spines are better supported and more aligned. In the middle of an apocalypse, it’s not always convenient to run off to the chiropractor—but if you’re a yogi, it probably won’t be necessary. In a very real way, we make our own chiropractic adjustments every time we get on the mat. Also, when we’re done with running and decide it’s time to fight, core muscles enable strong punches and kicks.

6. Injury prevention
All athletes should incorporate yoga into their training schedules for injury prevention, if nothing else. Being flexible means we’re less likely to tear muscles from swift or aggressive sports like hockey, football, or brawling with the relentlessly combative undead.

7. Quicker recovery
Even if yogi apocalypse-survivors were to become injured, we would recover much faster. Yoga teaches us to relax specific reflexes that contract muscles. When a nerve impulse is fired into the spinal cord, we can respond with an appropriate overriding message. Myotatic reflex causes a muscle that has been lengthened to tense up if put into a stretched position. In yoga, we can learn to inhibit this reflex using breathing techniques that enable a potentially injured muscle to receive an allowable stretch in order to help reduce inflammation and pain.

Holding a yoga pose for approximately 15 seconds will cause the inverse myotatic reflex to respond. This enables the stretched muscle group to eventually relax. If there is an injury, the muscle will benefit when this reflex kicks in. It is also effective in alleviating muscle spasms.

8. Sustainability
Because yoga super powers are acquired from our own body mass rather than weights and machines, they are more efficient to our physical needs. Yoga doesn’t teach us to build or sculpt our bodies for show, so our physiques will not require special diets or caloric quotas to maintain. Staying adaptable in ever-changing situations is key to survival.

9. Clarity of thought
Breathing, meditation, and Yin-based practices help focus the mind. Yin yoga can put us into initially uncomfortable, but not injury-provoking, positions. When the body is agitated, our yoga practice teaches us to calm the mind, return to our breath, and take control of our reactions. This is a form of meditation.

Try this out. Sit cross legged on the floor, like you may have when you were a kid. But stagger legs slightly, so that one calf does not rest on the other ankle. Do your knees settle close to the floor, or  do they lift high above your hip bones? If they rise, it may mean you have tight hip flexors. This can create a curvature in the spine, and can lead to back, shoulder, and neck pain—not to mention headaches, a tight jaw, and sleep issues. In fact, every weakness and imbalance can create a domino effect throughout the body that eventually filters into the emotional self. While everyday life is not an apocalypse, most of us do in exist in highly stressful, physically challenging situations. Because yoga encourages us to adapt a holistic approach, we are better equipped to deal with anything life (or the undead) may throw at us.

A complete yoga practice incorporates and acknowledges the body, mind, and spirit. Whatever the disaster, cooler heads—and efficiently strong, agile bodies—will prevail. This is what our world needs. Conscious, mentally formidable citizens who are less reactive and more connected to everything around them. And it all begins with caring for the body—the temple that houses our spirit. So, I strongly suggest that, for the welfare of the world, everyone takes a yoga class every now and again. 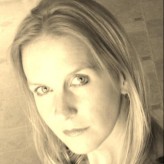 By day, Susan is a yoga and meditation teacher who is trained primarily in the Yin & vinyasa styles. Really, though, Susan's life is spent doing what we’ve all been put here to do— create, communicate, and love. All of Susan's activities are infused with these initiatives and the desire to inspire the same in everyone she comes into contact with.  You can find out more about Susan at www.susanhulcher.ca, and be sure to check out Susan's book, Calista's Court.

No Time for Yoga: How to Fit Your Practice Into a Busy Life