We are now deep into the holiday season, and the hot topic appears to be the immense dread we are all experiencing at the thought of discussing politics with our Trump- (or Hillary-) supporting uncle, mom, dad, sister, et cetera. Every time I find myself engaged in a group conversation, I am just waiting for the moment when someone says, “So, are you worried about upcoming family gatherings?” It comes up in almost every conversation. There is no need for the person stating the question to even explain what they are referring to, as we all know exactly what they mean. It’s that ubiquitous of a concern.

As a preventative measure, many suggest that an email be sent out to all relatives requesting that the subject of politics be avoided prior to a gathering. This can be effective. In my family, my dad is a Trump supporter and the rest of us are not. He has decided of his own accord to avoid the subject of politics—and consequently, no relationship-ending arguments have ensued. However, this solution can be problematic for a number of reasons.

One reason is that often, family members just cannot help themselves and make comments no matter what. We may or may not take the bait, but regardless, it can be infuriating. For example, a television show that you and your aunt are watching together refers in passing to Hillary Clinton, and your aunt can’t help herself from saying “crook” under her breath. You hear it, feel completely enraged, and don’t say anything—but avoid talking with her for the rest of the day.

Another issue is that by avoiding discussions we lose opportunities for fostering understanding and growth. With avoidance, we will likely all just dig ourselves deeper into our little bubbles by only engaging with people who already agree with us. Healthy debates with people of differing viewpoints are crucial to developing robust ideas and solutions to the world’s problems.

Lastly, as a longtime practitioner of meditation and mindfulness, the idea of avoidance just does not sit well for me personally. As a general rule, I try to embody the philosophy that difficult situations are opportunities to practice and are not to be avoided. If we can agree that avoidance is not the best solution and that we want to practice mindful debating, then the question is: If we are going to engage in these emotionally challenging conversations, what exactly should we be practicing?

When practicing these rules, I try to view the conversation as a true journey to learn and discover the truth. To illustrate, I would like to share a recent failed conversation I had where my mindful debating practice did not go well. I was at a dinner party, and an acquaintance stated that he was voting for Trump because “Immigration is such a problem in this country.”

Of course, I heard this and was immediately filled with annoyance and anger, and said, “That is a myth. The quantity of undocumented immigrants entering and leaving the country is roughly equivalent.”

He responded with, “Yeah, but the ones coming in are all criminals.”

I shot back emphatically with, “That is not true!” Right from the start, we were dead in the water and annoyed at each other. Neither of us learned anything or gained a better understanding of the other person’s position.

If I had fulfilled my intention of mindfully practicing Dan Dennett’s rules, I would have first noticed the intense emotions arising. Then, I might have taken a moment to experience the physical sensations coming up, provided the space for and allowed for them to be there, and then probably responded to the first comment with something like this:

“When we offer a genuine interest in understanding the other person’s point of view, they reciprocate and the conversation is productive.”

Even with my revised statement, I may still have received a response similar to the original. However, my acquaintance’s defenses would have been lowered and we may have eventually made some progress. Often, when we offer a genuine interest in understanding the other person’s point of view, they reciprocate and the conversation is productive. By practicing mindfulness in conjunction with Rapoport’s Rules, we may discover that our family gatherings are not something to be dreaded—but opportunities to expand our mindfulness practice and broaden our perspectives. 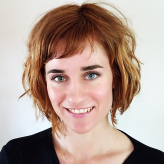 Christina LaPerle discovered yoga at the age of 10, when she noticed a new sign for yoga classes in a storefront window in the center of her town. She was intrigued, and her friend’s mother was willing to take her and her friend to a class or two. That is where Christina’s deep interest in yoga and meditation began. In college, she took a number of religious studies courses in meditation in Indian cultures and Japanese Buddhism, and began her own regular meditation and yoga practices. Christina has continued her practices ever since, incorporating the wisdom of Pema Chodron and Sharon Salzburg through their writings.  She currently works as an energy engineer and strives to imbue her everyday life with mindfulness and compassion for herself and others.

The Social Justice Warrior’s Guide to the Universe: 8 Non-Cheesy Self-Care Tips for Activists